At Ramanasramam, the giving of food has long been a part of daily life. This first started in about 1917, when Ramana’s mother, Alagammal, joined Ramana to live at Virupaksha cave. Once she joined Ramana, she started a kitchen, and daily cooking became a part of ashram life. Whatever food was prepared was shared by all, equally.  Giving of food is very significant for Hindus. This food-giving is called “annandanam.” Here is a bit on the significance of giving food, from annadanasangham.org. 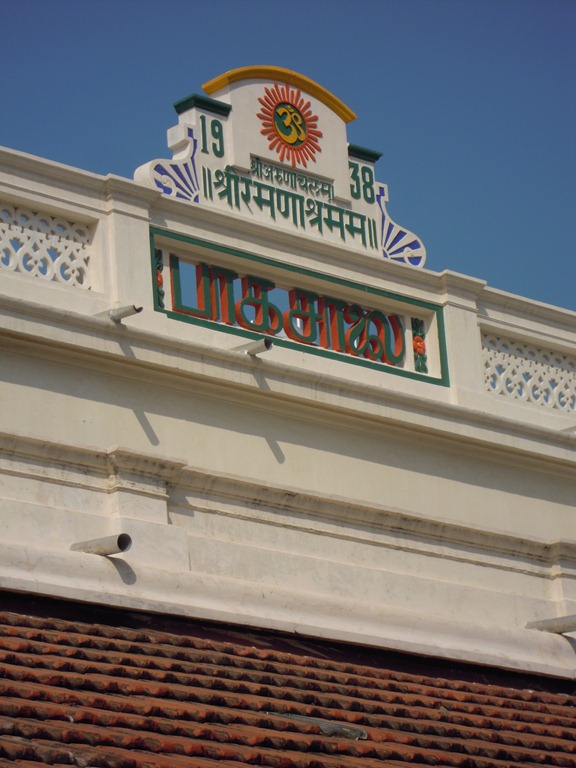 These are the verses from the Vedas, meaning Annadanam is supreme and incomparable to any charity. Food is the basic requirement for all humans. Thus according to Vedas, the one who does annadanam to devotees, attains heaven (Punya Loka) in this Universe (Brahmanda) itself. In this whole universe, the creation and its progression depends on food. Hence giving food to the devotees is more than attaining heaven.

Donating 1000 elephants & horses, donating 10 million cows, donating any number of vessels of silver and gold, donating the entire land till sea, offering the entire services of the clan, helping in the marriage of 10 million women, all this is never ever equal to Annadanam, the feeding of hungry and needy. 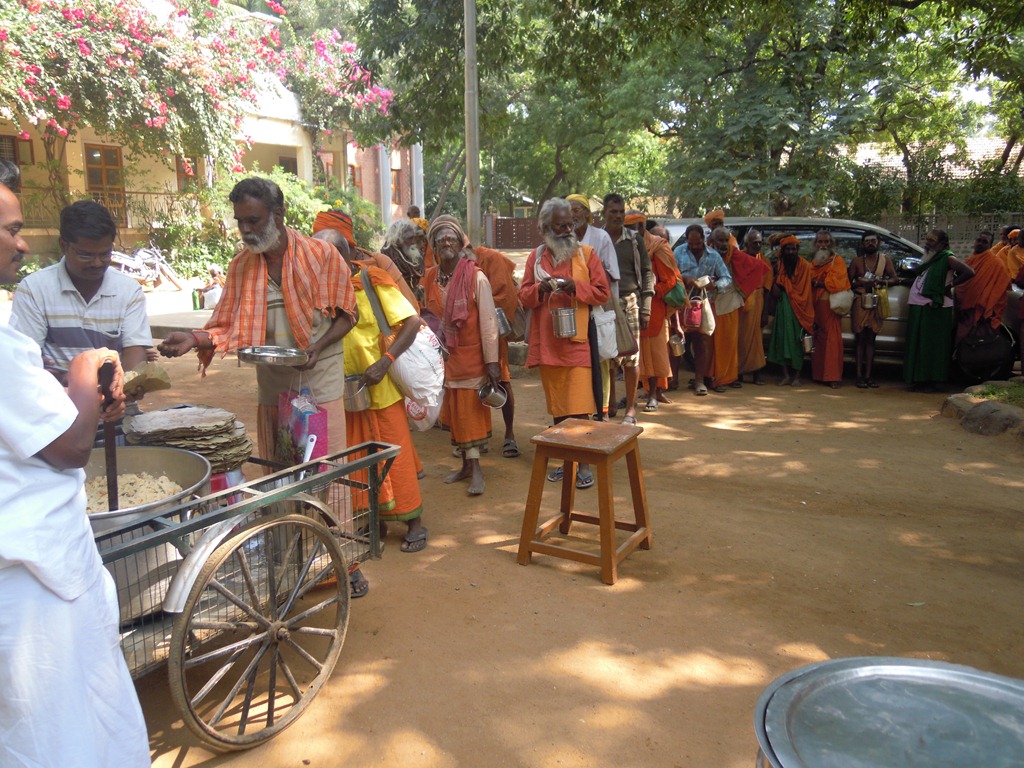 This food giving was a part of daily life with Ramana. Formal “poor feeding,” as distinct from the regular meal service, was started sometime after the Ramanasramam Dining Hall was completed in 1938. Below is a photo from that time from the archives of Ramanasramam. This was some kind of special event. It must have been in 1938 or soon after, based on the Dining Hall to the left of the photo. Look at Arunachala in the background, bare and rocky.

About 15 years ago they gave a formal name to this poor feeding: Narayana Seva, Service to God.

Ramanasramam serves about 90,000 meals per year in this Narayana Seva. Their other normal feeding activity, the other annadanam–food served three meals a day to guests, friends, and employees–must account for 200,000 to 300,000 meals each year, so in total certainly more than 300,000 meals are given out each year by Ramanasramam.

Giving of food brings spiritual merit. So maybe the peaceful atmosphere felt at Ramanasramam is partially the result of millions of meals given out over almost 100 years now. So many meals means much merit has been brought to Ramanasramam. 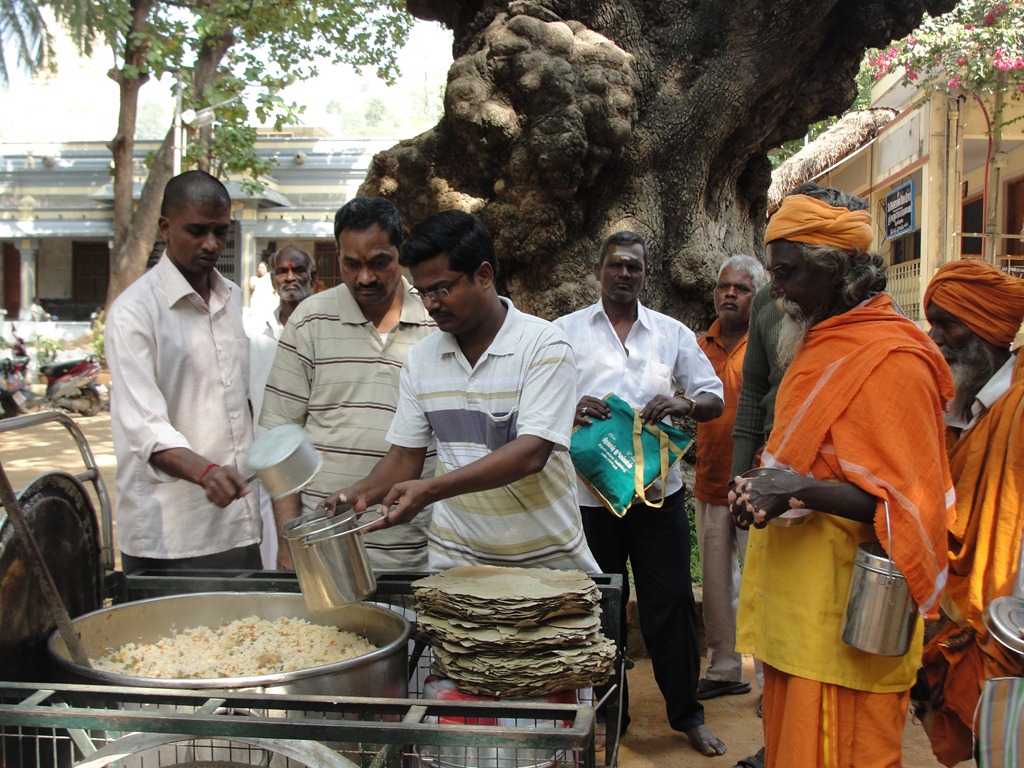 The dining hall and its new extension can accommodate nearly 800 people and the kitchen is large enough to cook, on special occasions like the Jayanti (Sri Maharshi’s birthday), meals for as many as two or three thousand people. The place where Sri Maharshi used to sit for his meals in the dining hall is indicated by a large photograph of him that rests on a marble platform. Passing through the old dining hall and out the door on the north side we enter the new dining hall, which was built in recent years to accommodate the ever-increasing number of pilgrims. To the east of the kitchen and separated from it by a passage is a storeroom for provisions.